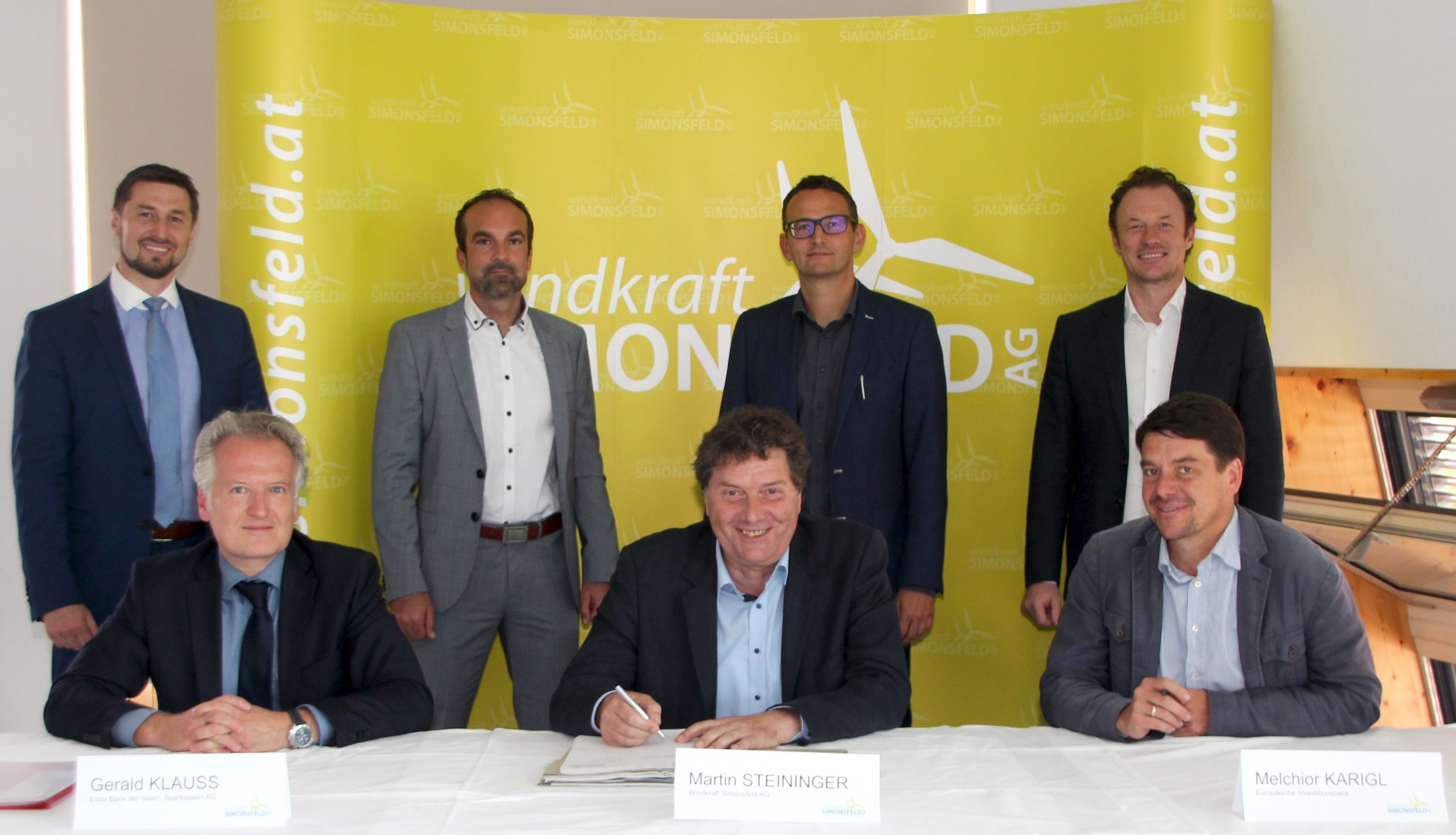 Alongside the current coronavirus pandemic, climate change is probably one of the greatest challenges of our time. In order to reduce greenhouse gas emissions and meet our carbon emission reduction targets, we are all challenged to achieve efficient and sustainable transformations of our energy production and consumption. Therefore, we are pleased to have had the opportunity to work on a project that contributes to achieving these climate goals. Rautner Rechtsanwälte recently advised Windkraft Simonsfeld on its successful financing of 14 new wind turbines at the Poysdorf-Wilfersdorf and Prinzendorf locations in Lower Austria.

The EIB loan benefits from a guarantee issued by the European Fund for Strategic Investments (EFSI), which is at the heart of the Investment Plan for Europe (called the “Juncker Plan”). Under the Junker Plan, the EIB and the European Commission (EC) work together as strategic partners to strengthen the competitiveness of the European economy. At the transaction’s closing, Andrew McDowell, Vice-President of the EIB, said that promoting sustainable, competitive, and secure energy supplies are key political objectives of the European Union (EU), which is also a priority area of funding for the EU Climate Bank. We are gratified to be able to expand renewable energies in Austria in close cooperation with our business partner Windkraft Simonsfeld.

Markus Winter, Technical Director of Windkraft Simonsfeld, added that the geographical area around Poysdorf and Zistersdorf is one of the most attractive wind regions in Lower Austria. The 14 new systems are expected to generate more than 158 million kilowatt hours of electricity per year, enough electricity to power 39,500 households in Austria.

Rautner Rechtsanwälte advised Windkraft Simonsfeld in 2018 on a comparable project relating to the financing of 13 new wind turbines for the Kreuzstetten, Dürnkrut, and Hipples wind farms. In the 2018 transaction, the financing was also provided by the EIB and Erste Bank. Dr. Uwe Rautner, LL.M. (LSE), Partner, and Mag. René Semmelweis, LL.M. (WU), Associate, both played leading roles in realizing the 2018 and 2020 projects. Both transactions provide strong evidence of the extensive experience and expertise of our law firm in providing legal support for wind farm projects in Austria.